Real Madrid: Who will matter for the Los Blancos?

Real Madrid: Who will matter for the Los Blancos? 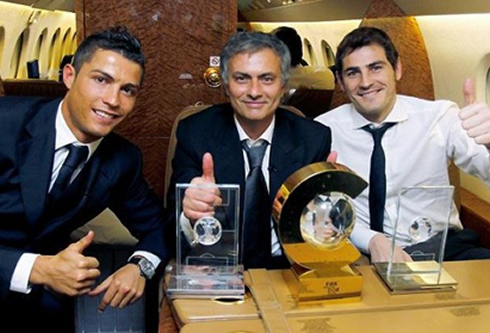 Real Madrid are the defending La Liga champions and serious contenders to retain that title and also one of the favorite teams for the Champions League. With all this expectation resting on a team, some people will have to step up and answer when called upon. Below are the people who will be the most influential to Madrids campaign.

San Iker is the embodiment of the Real Madrid legacy. He is already a legend amongst legends at the Bernabeu. He is the best goalkeeper in the world and (according to me) the best player for Madrid. His performances between the sticks have been nothing short of spectacular for the past couple of seasons and he seems to be just getting better with age. He will be the most important player for Madrid and his leadership skills could be the difference between a full trophy case and an empty one.

The everly controversial Portuguese has a built a legacy on Champions League trophies so there is no better candidate to achieve La Decima than Mou. Even though most fans want to see CL success Mourinho has stated that winning La Liga is his main objective. The master tactician has changed the fortunes of a Madrid team that two seasons ago was in Barcelonas shadow, but now Mourinho has built a team that is far superior to them and is beginning to cast their own shadow over the Cules. His motivation and famous tactics will be a huge difference maker on where the La Liga trophy will end up in 2013.

You knew he had to be here. The best forward in the world will definitely be scoring a lot of goals this season. Nothing and nobody seems to be able to stop CR7 from putting the ball in the back of the net, nothing proves this better than his statistics since joining Real which have been phenomenal. Cristiano is a worldwide superstar and there is a good reason for that: He is a very, very, very good footballer. Everybody knows him, defences fear him and goalkeepers have nightmares about him (Just ask Thibaut Courtois how well he did against him).

These three people will have the biggest impacts on just how good Real Madrids season will be and if history is any indication then these three men will be leading the celebrations at the Santiago Bernabeu come the end of the 2012/13 season and it seems the only thing left to determine is how many trophies will they be lifting?